It’s fair to say that I’ve had a complicated relationship with Brass Eye over the years. I’ll admit that back when it first went out, I was quite possibly the most obsessive Chris Morris fan on the planet. Actually, I should probably say when it didn’t first go out, really. I was awaiting that original scheduled transmission in late 1996 as eagerly as I would have been awaiting a new Blur album. When it didn’t appear, I was one of a small but vocal number of people who took to the Channel 4 ‘bulletin board’ to argue against this really quite startling act of apparent censorship (though if I’m honest, I’ll admit in retrospect that I loved the additional thrill and sense of being on the ‘dangerous’ side of that), which was really my first taste of online fandom. It was all so much simpler back when we were just lobbying to get a comedy series shown, although I do remember some chatter about Arctic Roll as well.

Brass Eye finally made it to air, ‘with its satirical teeth slightly blunted but still intact’ as a jaw-droppingly brazen and self-absolving Channel 4 press release put it, early in 1997 and it was every bit as funny as it was exciting. It was a slap in the face for a media that wasn’t yet a third as bad as it has since become, and it also had silly jokes about Peregrine Worsthorne attracting wasps. Firmly convinced that there would never be any repeats or commercial releases, I fiercely guarded my off-air recording of the series and the surprisingly lacklustre original trailer; presumably they just hadn’t wanted to give away too much about the content. Shortly afterwards, it was joined by a longer edit of the last episode with the excised ‘Horrorcaust’ board game sketch intact, which somebody sent anonymously to the editorial address of the fanzine I was responsible for at the time. In fact, features on and references to Brass Eye were all over that fanzine. I was pretty much obsessed with it. At the time, I thought it was the funniest – and most important – thing that I had ever seen and maybe would ever see. Except…

There was no way of knowing this at the time, but Brass Eye unwittingly kicked off a strain of ‘nasty’ comedy that took years to abate. This was unquestionably far removed from Chris Morris’ original intention and vision, but some observers drew precisely the wrong messages and influences from it, and for a couple of years, Brass Eye imitators were everywhere. Anything and anyone was apparently fair game if you were ‘exposing’ the ‘media’ or some such codswallop. All of this made Brass Eye that much harder to watch in retrospect, especially when it came to some of the more contentious items like the ‘lazy disabled’ experiment, Bad AIDS, the reporter being blacked up to see if that would make him commit a crime, the interview with the fictitious abuse survivors and many other slightly problematic elements. In their context, they were fine; but like so many other examples from around the same time, from the Britpoppers pissing around rehabilitating the Union Jack to Little Britain playing about with the comic stereotypes that their comedy idols had once unmaliciously traded in, it was an understandable reaction to years of didacticism – and in this case were also being used to make a point – but it was also basically paddling in the tide in blissful or even wilful ignorance of the riptide racing in across the horizon. Also, in the interests of full disclosure, rewatching revealed that it was a little more uneven than maybe we were prepared to admit at the time.

And then there was the Brass Eye Special. I still find it hard to adequately convey what a nasty, misguided, hateful and above all not fucking funny waste of everyone’s time that was. I’ve had many, many arguments put to me about why I’m wrong over the years, but two facts remain inescapable in my eyes – firstly, it went for the wrong targets and seemed to be obsessed with attacking understandably hysterical parents rather than the people in the media making them so; and secondly it not only directly made fun of a mentally handicapped man being interviewed about sexual abuse on an edition of Dispatches (it’s on YouTube if you don’t believe me), but also essentially mocked a murdered boy by name. If you know that case, you won’t find much to snigger about in the scene describing Jez North’s caravan.

I was running a Chris Morris fan site at the time, though, and found myself in the unpleasant position of having to defend something I didn’t quite consider defensible. And it wasn’t just to indignant people on forums – some reporters were determined to track me down for a ‘quote’ and I was genuinely quite scared about how that might end up. But they didn’t give up, and tried to get hold of me at my parents’ house and at work. It was this experience more than any other that made me so reclusive and secretive when it comes to my ‘public profile’. That said, I’ve never forgotten a complete stranger contacting me out of the blue to offer support when they heard about it. I was only too happy to return the favour years later in even more bizarre circumstances. Above all else, though, I hated the way that Brass Eye ended up providing people with easy get-out arguments – sometimes just phrases in fact – over issues that required a more thoughtful and nuanced response if we were ever going to get anywhere with them. It was me that scanned that Daily Star juxtaposition of a story condemning the Brass Eye Special against another about how busty a fifteen-year-old Charlotte Church was, and I still cringe when it shows up on Twitter as a trump card in any debate about the press. Especially as they always attribute it to the Daily Mail.

By that time, though, I’d moved on. As it originally seemed, had Chris Morris. Blue Jam, the late night music and comedy Radio 1 show that he did as a way of ‘rebooting’ after the stresses and strains of first making Brass Eye and then fighting to get it transmitted, had a profound effect on me and that first edition is still my favourite hour of radio of all time ever. Blue Jam had the exact right level of nuance and balance between ‘shock’ material and silliness, and some bloody good tunes sandwiched between it all, and above all else was doing something thoroughly ‘new’. Another reason why the Special should never have happened, really. Incidentally, if you want to know more about the story behind Blue Jam and how it was very nearly an entirely different programme altogether, then you might want to have a look at my book about Radio 1 comedy Fun At One.

Anyway, this is why I was so excited to see Oxide Ghosts, original series director Michael Cumming’s documentary about the making of Brass Eye told through the medium of unused and censored sketch material, offcuts from the celebrity interviews, and disarming studio footage. This was, it seemed, an opportunity to get back in touch with what Brass Eye originally was to me, what it meant at the time, and why I thought it was going to lead somewhere that it ultimately didn’t. Getting back into quote-overusing character, it was indeed time to shatter a few myths.

Michael Cumming remarked at the outset that Oxide Ghosts had reminded him of how much fun they had making Brass Eye, and it’s not difficult to see why. It’s uproariously funny, not just on account of the comedy material (almost all of which was good enough to have made the final cut), but the footage of cast members bursting out laughing, or Morris imitating Paul Daniels’ unscripted interview remarks between takes. It’s also fascinating to realise how much of the finished programme was clearly improvised, and to see moments of comic brilliance still emerging here and there even when Morris was visibly running out of steam recording the weasel-fighting sketch. There are wild tales of censorship, threats and copiously urinating elephants, which it would be remiss of me to spoiler in case you get the chance to see it. There are also entire unused sketches, from the previously mentioned ‘Horrocaust’ to the ‘Lady Parliament’ which effortlessly nails the all-too-patronising approach to programmes ‘for women’, and even some lengthy excised segments from ‘Sutcliffe! The Musical’, including one that still took me back a bit even now. In fact, what’s most revealing about Oxide Ghosts is that it demonstrates that the quantifiably ‘nasty’ material all hit the cutting room floor, leaving the atmosphere and strength intact without the actual needless and inexcusable offence. If only that much restraint had been exercised a couple of years later.

One thing that Oxide Ghosts doesn’t explain, though, is what that business in the opening titles with ‘David Jatt’ bothering John Major at a press conference and then clobbering a man carrying what appears to be a pink version of ‘Cake’ was all about. So if anyone reading this can…

You can find the full story behind Brass Eye, Blue Jam and Chris Morris’ other Radio 1 shows in my book Fun At One – The Story Of Comedy At BBC Radio 1, available in paperback here or from the Kindle Store here.

E Arth Welcome In Blue Jam is an extract from Fun At One – The Story Of Comedy At BBC Radio 1 looking at the events that led up to the first series of Blue Jam, which you can find here.

Amongst Them Trevor The Sheep takes a closer look at the edition of Blue Jam that was pulled off air mid-broadcast, and you can find it here.

Why Bother?, Chris Morris’ little-known collaboration with Peter Cook, is one of the programmes covered in a Looks Unfamiliar Extra looking at comedy on BBC Radio 3, which you can listen to here.

You can hear me and Phil Catterall discussing the Boxing Day edition of The Chris Morris Music Show in the Looks Unfamiliar Christmas Extra here. 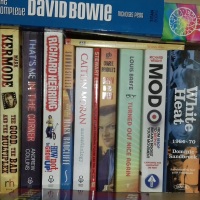 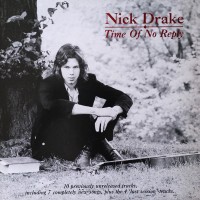 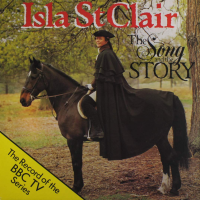 Looks Unfamiliar #72: Sophie Davies – We Can Blame Biggins For Everything Now
Sophie Davies on AD/BC: A Rock Opera, *allSTARS, InseKtorS, The All Star Impressions Show and more. It’s Good, Except It Sucks: Spider-Man: Into The Spider-Verse
David Smith joins Tim to talk about how many Peter Parkers it’s possible to get in the same place at the same time (especially if some of them are women). 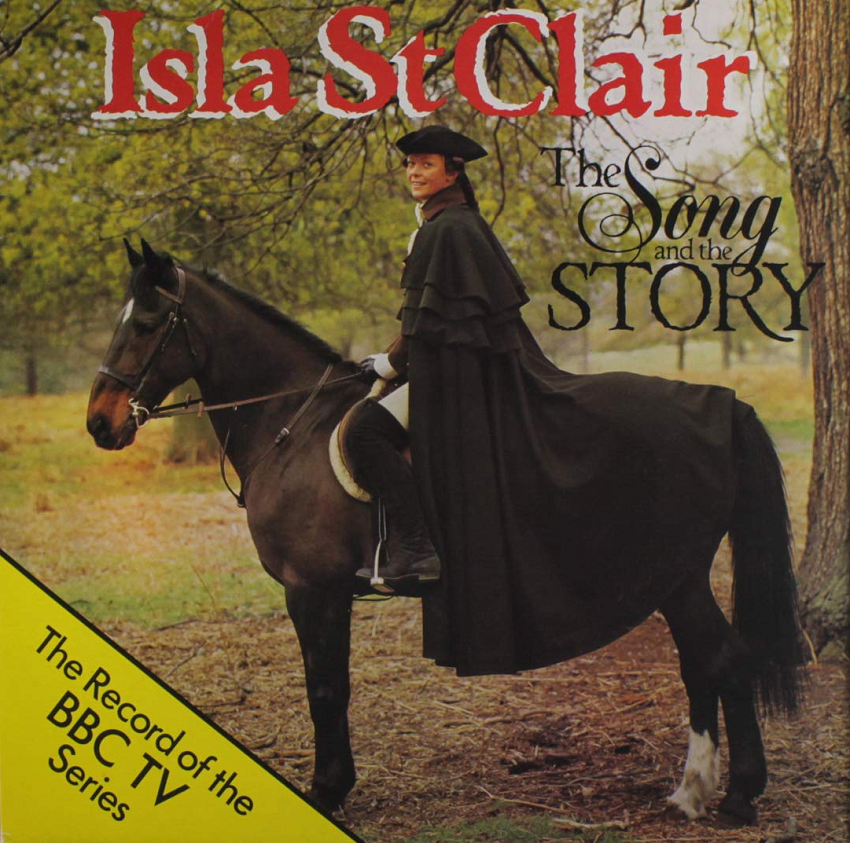 Looks Unfamiliar #71: Will Maclean – The Radio Telescope End Of Hauntology
Will Maclean on the Zegazoid Chew Bar, The Song And The Story, Look And Read: The King’s Dragon, The Fourth Pan Book Of Horror Stories, The Weekend Book Of Ghosts And Horror, Photographs Of The Unknown and more. 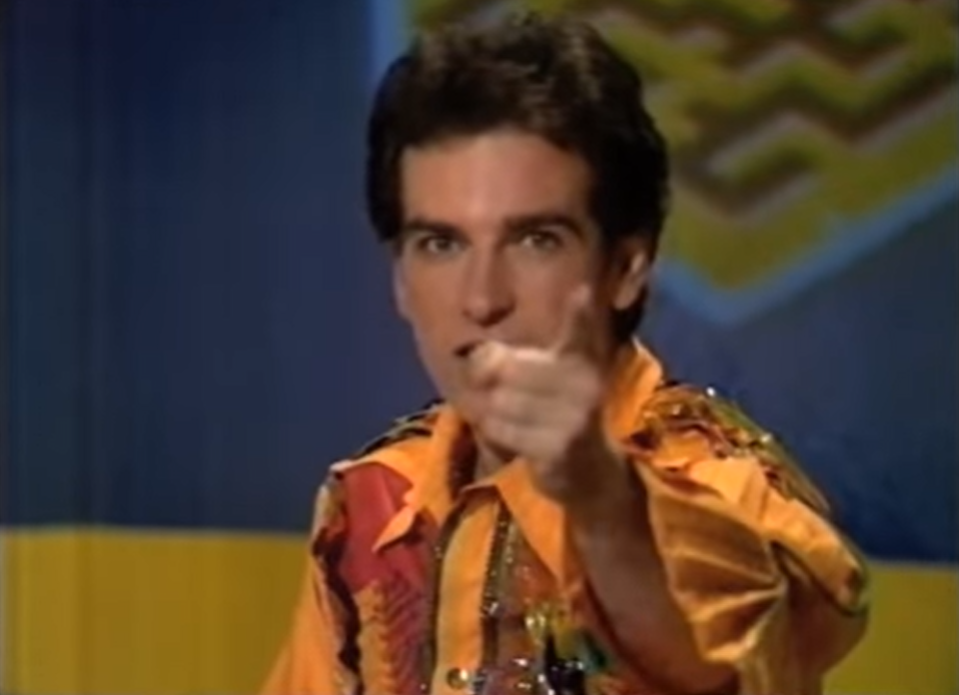 Stay Alert!
Across the stars it's on its way... the story of sci-fi puzzle show Captain Zep - Space Detective.

The Road To Rawlinson End
English as tuppence, changing yet changeless as canal water... but did the saga of Rawlinson End start with Viv Stanshall's unsuccessful hard rock band biG GRunt? 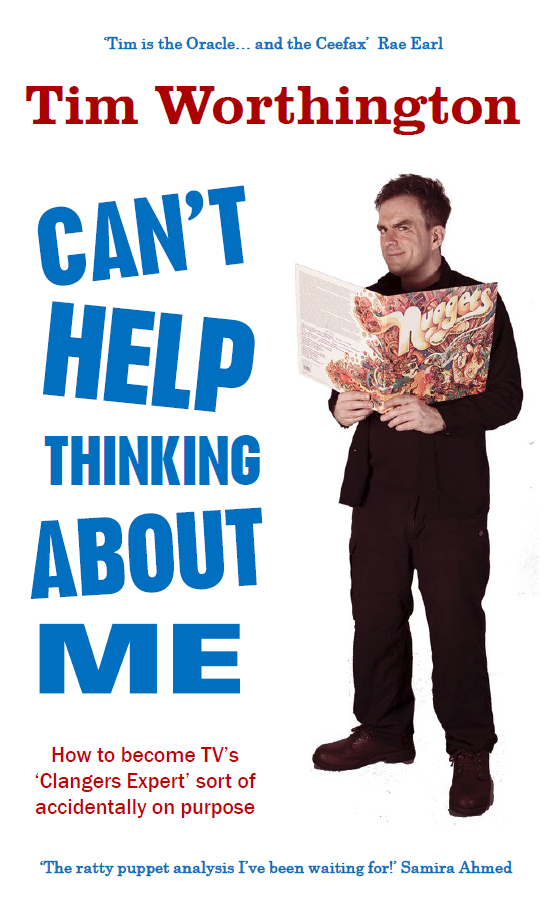 You can currently get Can't Help Thinking About Me with 30% off in paperback (Code BFCM30) from here. 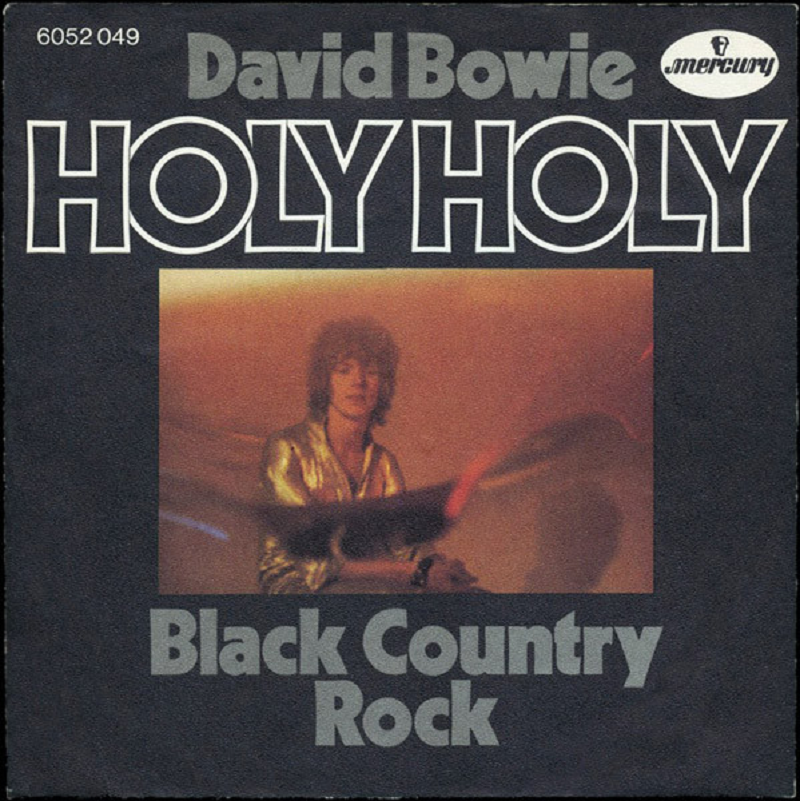 I have a chat with Arsalan Mohammad about David Bowie's 'lost' 1971 single Holy Holy. You can listen to it here.