Issue #540 of Doctor Who Magazine is out now and includes a thirty page celebration of Jon Pertwee, boasting tons of features in a ‘World Cup Of The Third Doctor’ including my own ranking of his best jackets. The issue also features current Doctor Who showrunner Chris Chibnall paying tribute to fan, friend and force of nature Paul Condon, and after a couple of weeks of not knowing whether I was coming or going after finding out the devastating news, it’s time I said a few words about Paul too.

Like Chris, I first met Paul in the eighties at a Doctor Who Local Group, although our big shared love, and the reason we became friends in the first place, was The Goodies. It’s fair to say that we were both somewhat obsessed with the high-speed comedy show that had barely been off television during our early childhood and yet then, only a few years later, might as well have never existed. It was an obsession that lasted and that we continued to share. Paul is alluded to in this piece about The Goodies – as indeed he is in several pieces in Can’t Help Thinking About Me – and my favourite memories of him would have to include his excitement when I discovered the existence of elusive special A Collection Of Goodies while looking for something else entirely in Radio Times; the almost daily sharing of notes when UK Gold began repeating The Goodies in the early nineties (alongside, as he put it, “the first series of Rentaghost… with Pertwee“), including his alarm at discovering that the Commonwealth Games  episode now only existed in black and white and had therefore been ‘Pertwified’; and the frantic back and forth ‘where are you up to?’ messages when the complete series was finally released on DVD not so long ago. It would also be remiss of me not to mention the time that an early Goodies-related conversation was overheard by a loud Scottish student, who came up and introduced himself and – in a move that will surprise nobody who is aware who I’m alluding to – made the obvious joke about Paul’s surname, occasioning my first glimpse of what some of us would later come to refer to as Paul’s ‘Myra Hindley Stare’. The fact that said joker became a longstanding and trusted friend of both of us speaks volumes about Paul’s ability to see the real value in people regardless of first impressions and occasional differences of opinion.

Already outgoing, witty and personable way beyond his years, Paul soon took over editing the group’s newsletter – he would later end up actually running the group, with occasional help though probably more often hindrance from myself – and was one of the first people to encourage me to try my hand at writing. I really don’t particularly want to see any of those early efforts again now, but even so he could not have been more supportive of my attempts, which was especially generous considering how far ahead of me he was as a writer, and I have enormously fond memories of the newsletter that was essentially a postcard from his school French exchange trip (complete with a stop-over in an unfortunately-named hotel), and the hoax rumour he put in about the forthcoming new series of Doctor Who just to see who was stealing ideas from him. This not only resulted in a half-hearted threat of legal action, I’ve also seen it repeated as fact to this day. Although we were both frustrated when a contractual obligation prevented me from contributing to one of his later books, we collaborated on a good deal of significantly less heavyweight projects back then and some of my other fondest memories are of scribbling out ideas on the back of beermats and menus – I still have a brainstormed list of Look And Read serials in his handwriting knocking around somewhere – and of long evenings spent folding and stapling fanzines with endless jokes about the crushing monotony of the process. In fact I’m currently trying to collect as much of this fanzine-era material as I can with a view to doing something more substantial with it, and should use this opportunity to make an appeal – if anyone out there has the audio sketch A Day In The Life Of A Typical Doctor Who Fan (in which he played Crispin Harcourt-Brown, an annoying nerd who was determined to interview William Russell whatever the financial, physical and psychological cost) or the video The Official Doctor Who Movie (shot in Paul’s back garden and starring him as ‘The Doctor’ trying to protect VHS copies of the missing sixties stories from a squadron of toy Daleks), please could you give me a shout? Many years later he was the first person to congratulate me on getting in to Doctor Who Magazine, and I think he may even have been more excited by that than I was. After all, if he hadn’t got me reviewing Claws Of The Klathi way back when, it might never have happened.

Of course, divergent personal, social, professional and geographical paths do tend to take their toll on early friendships, but that wasn’t really what happened here – or for anyone who knew Paul. It didn’t seem to matter who you were or how he knew you, he treated almost everyone in his life with equal importance and would always find time for his old friends where possible, sometimes surprising us by unexpectedly appearing on nights out when he happened to be nearby (although he was once comically less than thrilled to unexpectedly see me in one of his more regular haunts – it’s a long story – and exasperatedly informed me that I was ‘lowering the tone’). He moved in some widely divergent circles but liked everyone in each of them equivalently, and I was equally touched by both Graham Norton paying tribute to him live in the middle of Eurovision coverage, and someone I’d almost forgotten about who briefly attended the previously mentioned Local Group talking with real emotion about how welcome Paul had made him feel from the moment he first walked in. Inevitably, a large number of those people from those different areas of Paul’s life recently gathered together to give him the send-off he deserved – which involved a difficult journey along that same train route I’d taken so many times all those years ago and past his old family house, which I made with support from that very same loud Scottish student and was well worth it to hear the incredible tribute from his lifelong best friend Jim Sangster, which as well as including just the precise amount of laughter and levity, managed to make everyone present feel like parts of it were personal to them, which given the sheer diversity (in so many senses) of everyone present was no mean feat – and I was choked to discover that this was a courtesy he extended way beyond simply keeping in touch with you, and that some of his clubbing friends from London and Manchester and associates from various jobs knew all about his friends from home. Apparently he once threatened to set me on one of his BBC colleagues who kept getting the names of characters from Camberwick Green wrong. I ended that evening roaring laughing with a group of people I had mostly never met before, culminating in everyone hurtling off in different directions towards trains they were within seconds of missing, and anyone who ever went out with Paul on one of his Tuesday evening shindigs will know just how appropriate that was.

Anyone who knew Paul will also know what a good listener he was, and while it’s not for sharing here, there were some difficult times in my life when I turned to him in the knowledge that he was someone I could at least talk to, and I tried to return the favour as much as I could when he experienced difficulties of his own; possibly not very successfully, but I know he appreciated the effort. Above and beyond that, he was simply someone I was proud to know; a proud European, a fervent believer in equality (who spent decades using whatever influence he had to push the idea of a female Doctor), a keen hunter of new thrills and enthusiasms rather than watching and listening to the same old things over and over again, and someone who was honestly possibly never happier than during the time he spent as a guide at the 2012 Olympics, approaching it with an enthusiasm and energy that even managed to blunt my own cynicism about the whole spectacle. But we’ve strayed from the point a bit here. And the point is, as anyone who knew him will appreciate, just how delighted he would have been at Chris’ tribute to him appearing in an issue of Doctor Who Magazine devoted to Jon Pertwee, especially one containing an article on those jackets he so dearly coveted.

As some of you won’t, though, here’s one last story to close on. Back in the Britpop era, and high on my list of fashion crimes, I became briefly infatuated with blazers and velvet jackets. This did of course lead to the infamous ‘alright, Scott Walker?’ incident, but it also led to repeated enquiries about where I had managed to find such fab gear and, at the very least in my own imagination, eagerly received admiring female glances. Everyone was impressed with my dress sense. Except Paul, who would routinely fix me with that same disapproving stare and exclaim “you… Pertwee”.

Thank you matey – I never could quite work out who got designated ‘matey’ and who ended up ‘fella’ and why, and frankly I wouldn’t have wanted it any other way – for everything. So much would not have happened – and some other things would have kept on happening – without you.

You can get Doctor Who Magazine in all good newsagents and from the magazine’s official website here. If you’re feeling generous, please also donate to Alzheimer’s Society. Thank you. 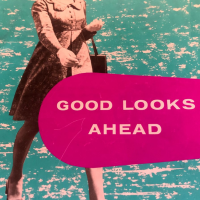 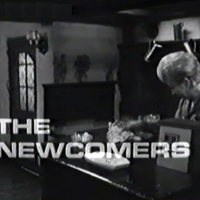 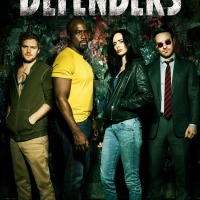 You can currently get Can't Help Thinking About Me with 15% off in paperback (Code WRITER15) from here.