You Shall Have It Under Your Hand Today

It’s not often that a television programme that routinely gets called The Best Programme Ever Made ever really deserves the accolade, but The Box Of Delights is a rare exception to this columnist-occasioned rule.

The Box Of Delights gets praised to the skies because it’s worth praising to the skies. From the combination of pioneering video effects and judiciously simply-realised fantasy sequence settings, to the sheer combined might of the cast from the almost belief-beggaringly convincing and likeable juvenile leads to Robert Stephens’ genuinely sinister Abner Brown, to the fact that it features toff-speak-touting henchmen called Foxy-Faced Charles and Chubby Joe and they don’t make you burst out in derisive laughter, everything about it is a triumph and there’s nothing you can single out for disdain or ridicule. Even Nick Berry as a grog-swigging pirate rat.

It’s all the more impressive still when you consider just how risky a combination a period setting, a mostly juvenile cast, a surfeit of up-to-the-minute visual effects and a use of videotape for both studio and location sequences was in terms of it actually working in the first place, let alone standing the test of time. Yet it didn’t just still look impressive when they repeated it two years later; it still looks impressive now. If you’re doubting that, then you should have been at one of the recent big-screen showings of the entire serial, packed with children gasping and guffawing much like we probably all did on the original transmissions and have just forgotten. I might be prone to ‘controversially’ pointing out that I personally prefer 1986’s sort-of follow-on-ish The Children Of Green Knowe, but that’s personal preference, not a measure of quality. Putting it simply, The Box Of Delights has everything. 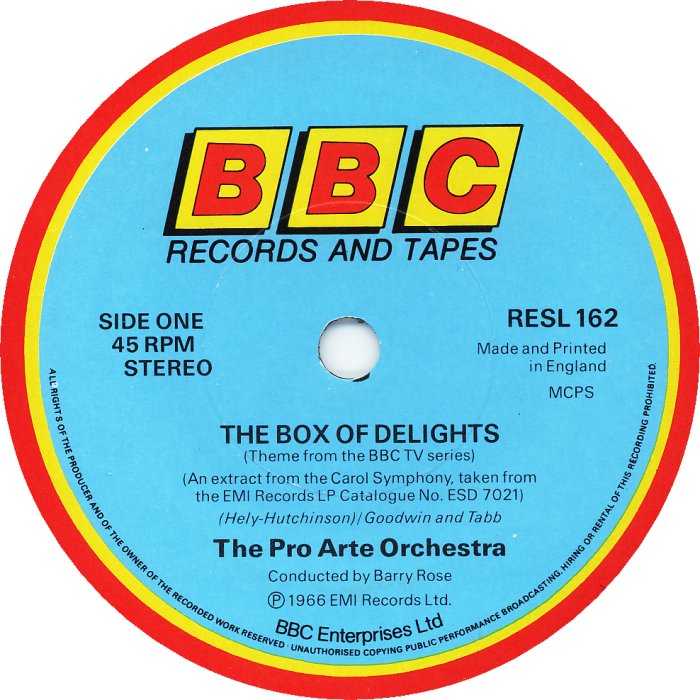 Except for one thing. A soundtrack album. There was a single, released by BBC Records And Tapes and plugged after each episode, but it was poorly distributed and appears not to have even had a picture sleeve, and if you were a youngster who barely even got to own singles by pop bands you liked, the chances to getting hold of it were slim to say the least. Providing you’d been shrewd enough to actually make one, you had to make do with your own tape-recorder-up-to-the-speaker off-air recording of the theme music, and if you were even luckier still you might have found that one of your friends had somehow still got the last episode on video by chance and consequently been able to upgrade it to a slightly less crumbly and distorted version. As such, that elusive single took on almost mythic qualities. Until you actually found a copy at a record fair, of course, and… well, let’s just say this is how I handled it when I came to the relevant entry in Top Of The Box, my guide to every single released by BBC Records And Tapes…

Marked out by top-drawer acting and pioneering video effects, BBC1’s 1984 adaptation of John Masefield’s 1935 festive children’s novel The Box Of Delights – something of a favourite with the BBC, having been adapted seven times across several media – was rightly fanfared as a landmark production and remains held in high regard by audiences and critics alike to this day. For theme music, the production team elected to use an extract from the third movement of Victor Hely-Hutchinson’s 1927 Carol Symphony, an extended piece based on orchestral arrangements of themes and motifs from numerous traditional Christmas Carols which had in fact originally been written as a contribution to an early BBC radio broadcast. The extract featured a variation on The First Nowell, and was taken from a 1966 recording of The Carol Symphony for EMI by The Pro Arte Orchestra; it was, however, subjected to minor manipulation by Roger Limb of the BBC Radiophonic Workshop to make it more in keeping with the mood and style of the serial. Limb’s modifications were frustratingly absent from the direct edit featured on this single, which featured another excerpt from the movement, this time based on a segment of the Coventry Carol, on the b-side. Selling in small quantities at the time, and one of only a handful of pieces of official The Box Of Delights-related merchandise, this is now one of the most eagerly sought-after BBC Records And Tapes releases.

The last sentence, of course, being especially frustrating if there had actually been five copies at that record fair being sold off for fifty pence each, and you never envisaged a scenario where you would need more than one. In a bizarre coincidence, shortly after Top Of The Box was published, I discovered that the exact same extract from The Carol Symphony was used to accompany the Round Window film in the Christmas Eve 1970 edition of Play School – with which The Box Of Delights shared several production team members – but you can read more about that in Can’t Help Thinking About Me. Anyway, the long and short of it was that this was one of my less inspiring soundtrack-hunting finds, nice to own but underwhelming to listen to, and whatever glimmer of that eerie flash of lightning across Abner Brown’s face in the opening titles I was hoping to find had either gone very swift or very small indeed. 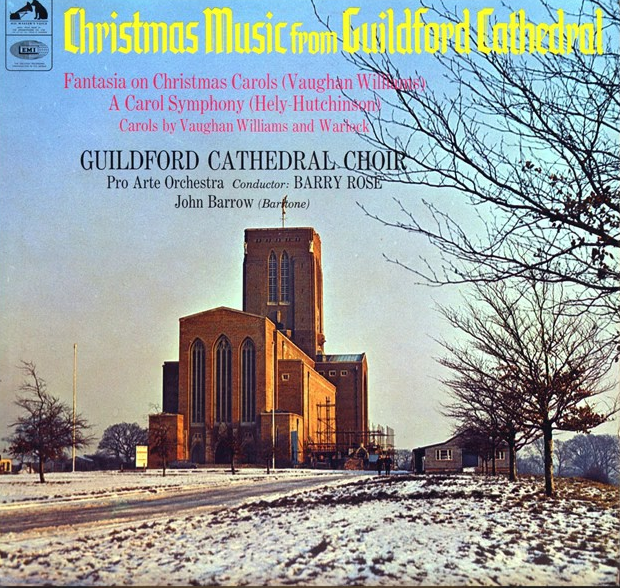 Over time, however, I would become a lot more well disposed to the poor old Pro Arte Orchestra and their festive instructions from Barry Rose’s baton. Curiosity and a love of all things sixties and vinyl-sourced led me to try and seek out a copy of the original album; armed with details gleaned from an issue of Time Screen (yet another reason to love that pioneering fanzine, which you can read more about my obsession with here), I did eventually manage to track down HMV CDS3580 Christmas Music From Guildford Cathedral, and found out to my delight that The Carol Symphony is one of those pieces of music that you really have to hear in full. Well, unless it’s behind a Play School Round Window film of a foxy redhead in proper sixties gear buying Christmas Presents from a village store, but let’s move rapidly on.

Happily, that very same Third Movement appears in full as a bonus track on Silva Screen’s new The Box Of Delights soundtrack album, alongside – perhaps more significantly – Roger Limb’s actual original score, minor-manipulated excerpts from The Carol Symphony and all. This is a release that fans both of the serial and of the BBC Radiophonic Workshop have been clamouring for for a long time, and it’s a pleasure to report that they really have done it justice, from Mark Ayres’ ever-excellent transformation of the original mono recordings never intended for commercial release into something that sounds crisp and expansive, to Roger Limb’s entertaining sleevenotes, to Clayton Hickman’s superb photographic design. The half-familiar musical cues stand up well without the visuals they were closely written to match, and despite being presented in order of appearance on-screen, have an evolving and coherent symphonic feel that suggests that Roger Limb might have been doing a little more than just whacking a couple of synths on top of the original recording of The Carol Symphony.

Poor old RESL162 might never really have been what anyone was hoping for, but the The Box Of Delights soundtrack album really is. What’s more, the unfairly overlooked and dismissed eighties output of the BBC Radiophonic Workshop has deserved more recognition for a long time now, and this might just be the release that brings that about. If you’ve got a tosser to your kick, it’s well worth spending it on this.

Get The Box Of Delights

You can get The Box Of Delights from Amazon here, from the iTunes store here, or directly from Silva Screen here.

Opening Theme, Two Bands Of Incidental Music And Closing Theme is a feature on Silva Screen’s release of the BBC Radiophonic Workshop’s soundtrack from the 1976 childen’s serial The Changes; you can find it here. 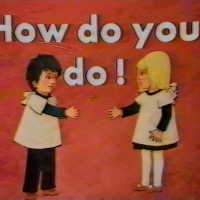 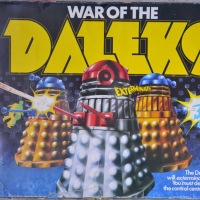 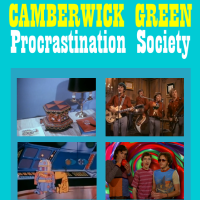 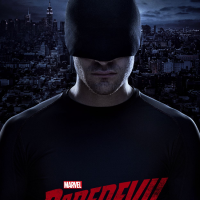 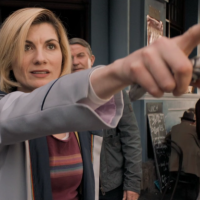 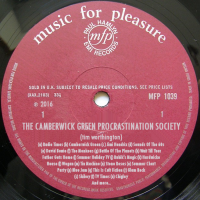 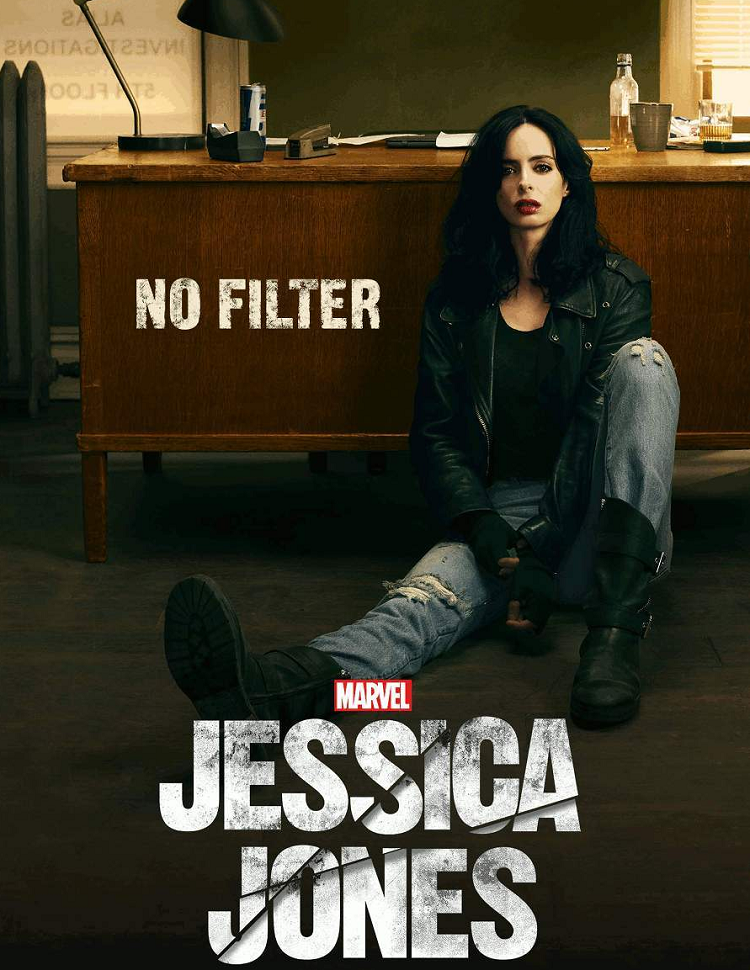 It's Good, Except It Sucks: Jessica Jones
Miriam Kent joins Tim to talk about Jessica swapping a life of costumed superheroics for drunkenly pulling cars out of tow zones. Listen to it here. 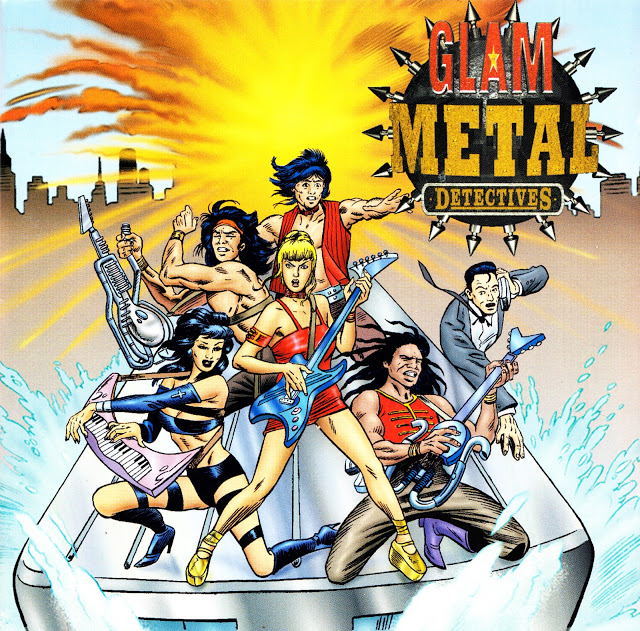 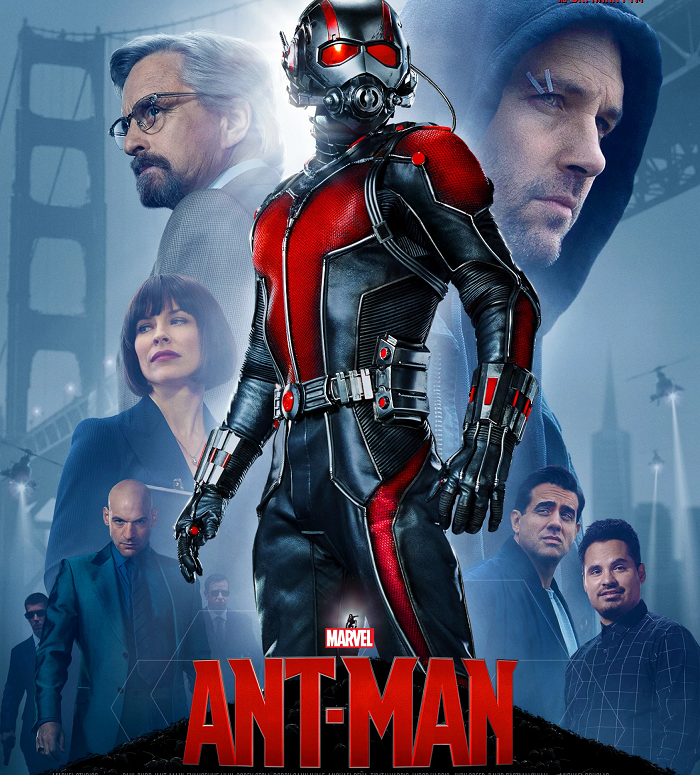 It's Good, Except It Sucks: Ant-Man
Ben Baker joins Tim to talk about Scott Lang falling through a procession of plugholes. Listen to it here. 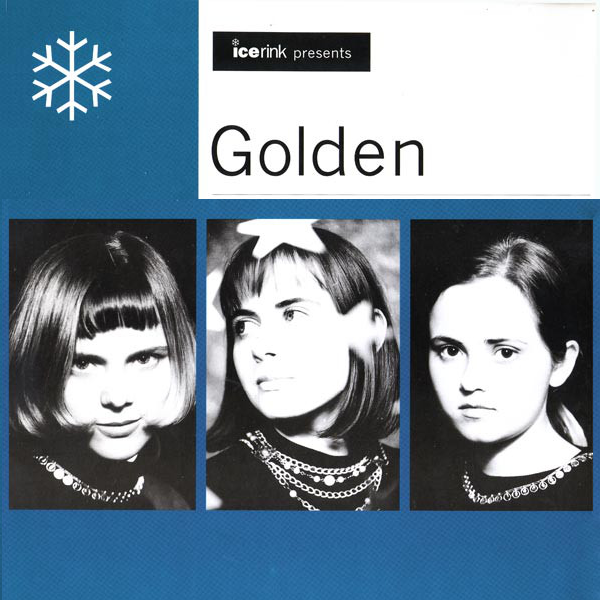 Looks Unfamiliar #63: Justin Lewis – Tommy Vance's Pages From Ceefax
Justin Lewis on the original Only Fools And Horses theme, Anglo American by Golden, The Rock Year Book, Stand In Line by Impelliteri and more. Listen to it here. 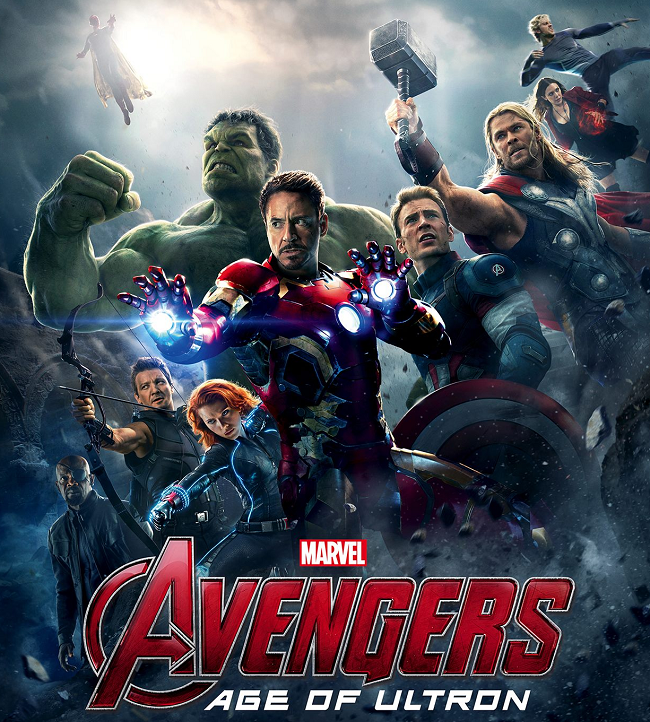 It's Good, Except It Sucks: Avengers: Age Of Ultron
Garreth Hirons joins Tim to talk about the race to stop two stroppy teenagers and a mardy robot who’s swallowed a dictionary. Listen to it here. 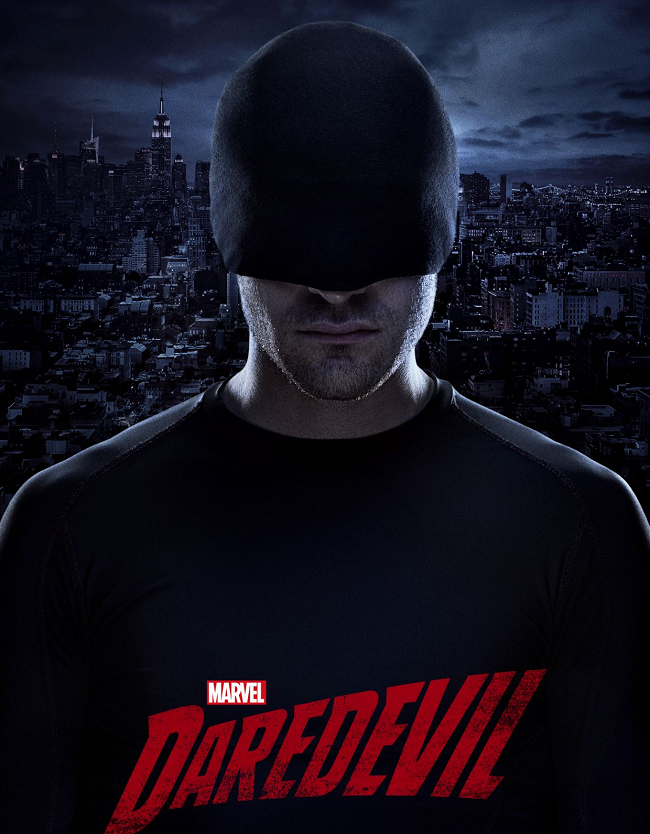 It's Good, Except It Sucks: Daredevil
Gary Bainbridge joins Tim to talk about Matt Murdock beating up gangs in Hell’s Kitchen while never quite being sure which costume to wear. Listen to it here. 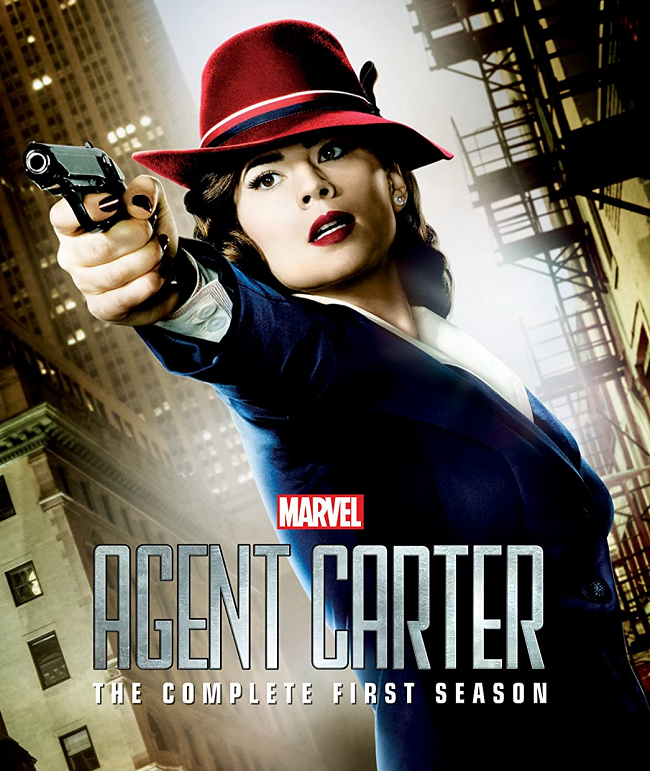 It's Good, Except It Sucks: Agent Carter
Hanna Flint joins Tim to talk about Peggy Carter trying to make it in a post-War man’s world full of malevolent alien sludge. Listen to it here. 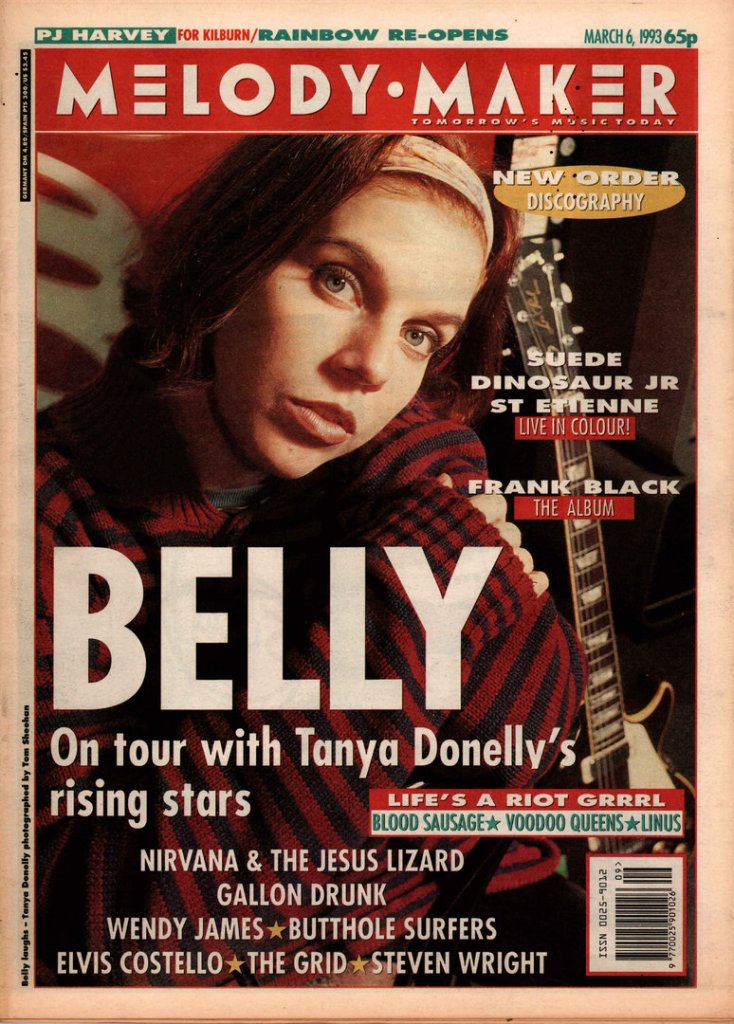 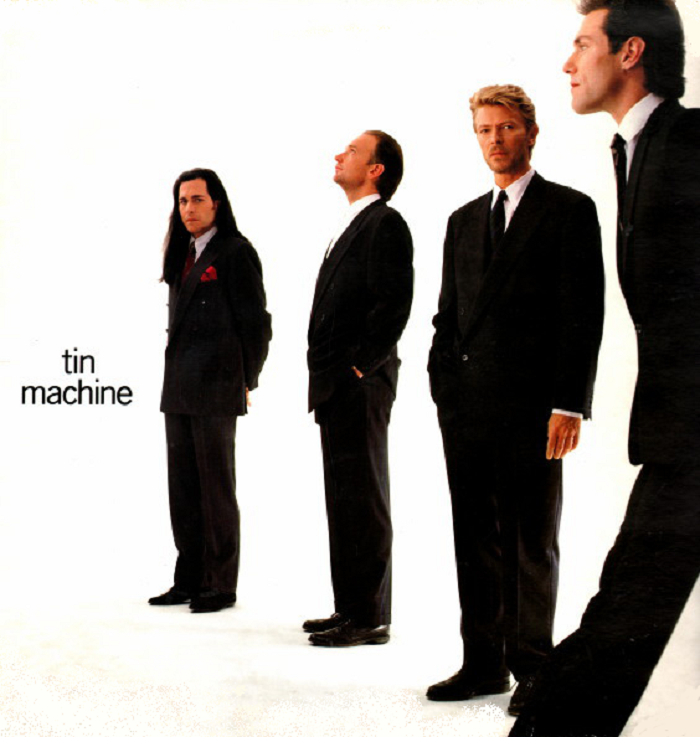 You Belong In Rock'n'Roll
There are many 'difficult' corners of David Bowie's catalogue, so why do Tin Machine get singled out as the one to forget about? 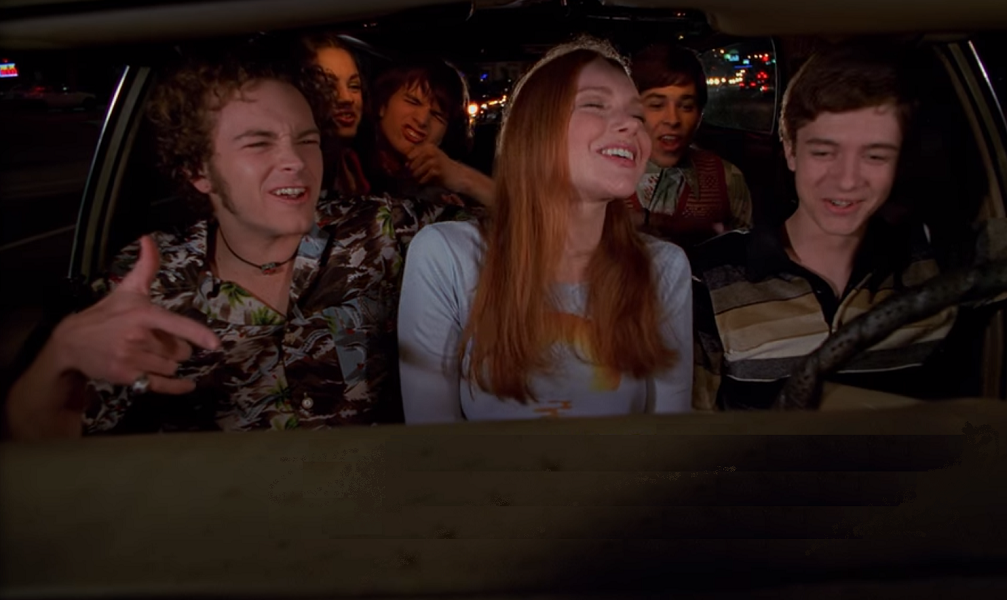 All The Fun Of The Flares
The pilot of That '70s Show is one of the best sitcom episdes ever. The pilot of UK remake Days Like These isn't. Where did it all go wrong? 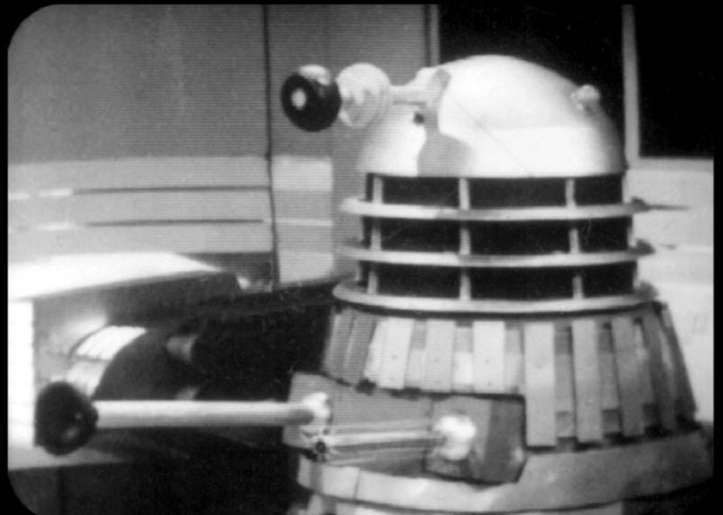 The Abandoned Planet
How am I coping with lockdown? Not as well as I'd like, but better than many of the people in charge... The Top Ten Most Least Best Worst Underrated Overrated Up And Down In And Out Round About Eeny Meeny Macka Racka Rare Are Dominacka Shickeypoppa Dickywhoppa Om Pom Stick TV Programmes In The World… Ever!
What are the Most Underrated TV Shows Of All Time? And Overrated? I've got absolutely no idea, and what's more I could not care less... 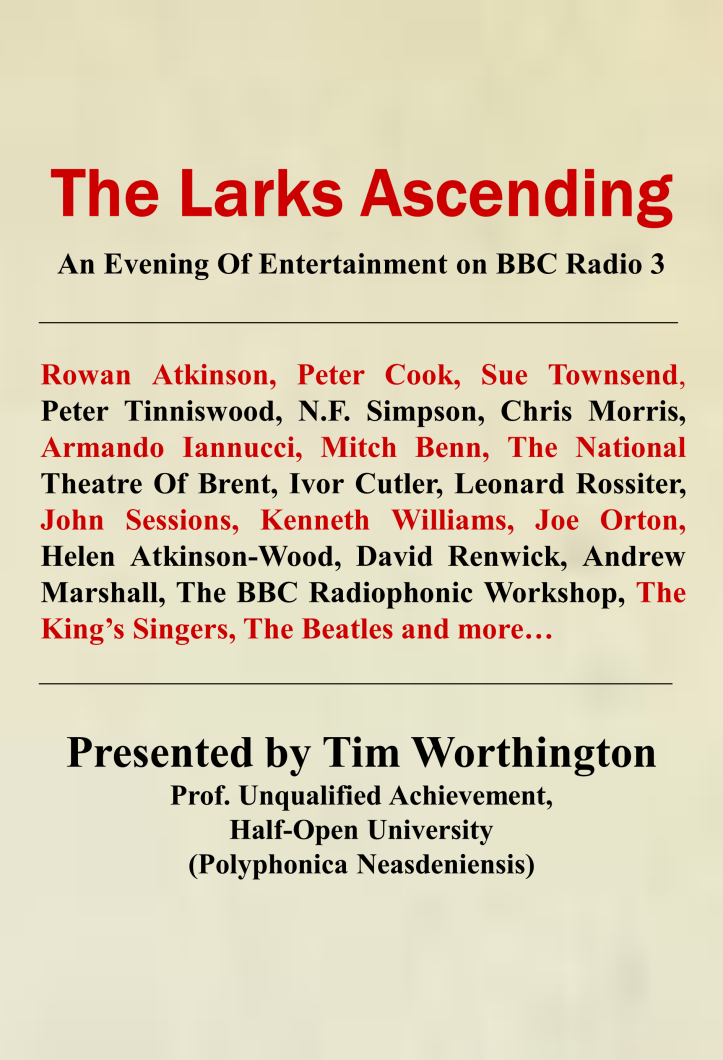 You can currently get The Larks Ascending with 10% off in paperback (Code SAVE10) from here. You can get my feature for Shindig! on Tim Buckley's BBC television and radio performances here. I have a chat with TV Cream about Filmation's 1977 genre-defining Disco Sci-Fi effort, Space Sentinels. You can find it here.


The Zeitgeist Tapes: The Prisoner 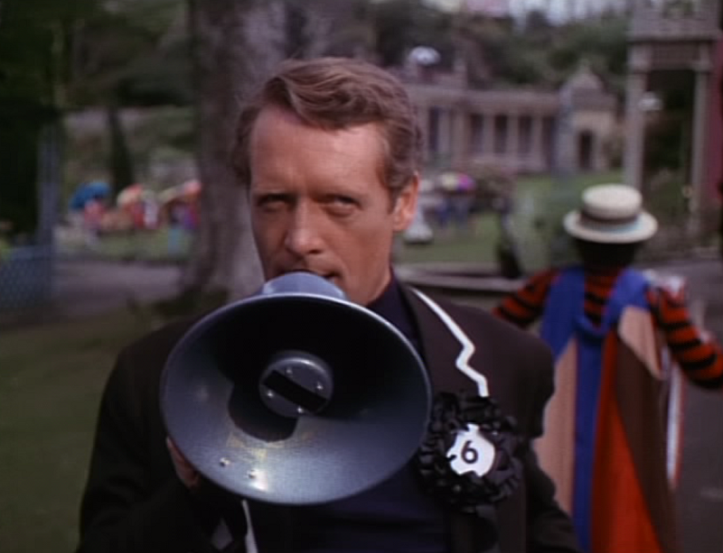 I have a chat with Emma Burnell and Steve Fielding about Patrick McGoohan’s hallucinogenic Cold War nightmare from 1967. You can find it here. 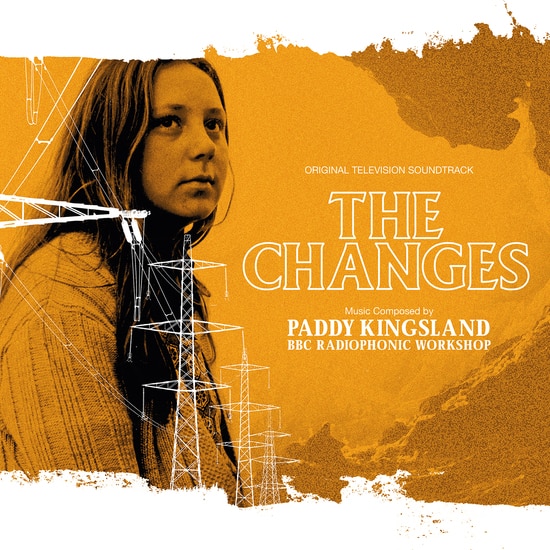 Opening Theme, Two Bands Of Incidental Music And Closing Theme
A look at the BBC Radiophonic Workshop's soundtrack from The Changes.
My Tweets
%d bloggers like this: