There’s Not An Ounce Of Curiosity In Me!

The Sensorites. Poor old The Sensorites. Written by a screenwriter with little experience of television, directed by a BBC veteran who had been brought in to Doctor Who to stop the ‘pushy Jewish bird’ from getting too dangerously modern, at least two episodes too long even before the commission had run through the typewriter. Adrift in a wash of uncompromising historical escapades, kaleidoscopic hurtles across alien planets, and needless to say the actual bloody Daleks, it was the odd one out in Doctor Who‘s first rush of success even back when it was first transmitted. Gnarly aliens with an aversion to anything above William Hartnell saying ‘eh?’ at a moderate volume and who turned out to be not the actual actual villains after all were not going to cut it when all the kids wanted their very own Dalek Cutta-Mastic for Christmas.

Nobody ever said The Sensorites was their favourite story. Nobody even really much cared about it, to the extent that it’s quite probable that more people have read the actually rather good novelisation than bothered to watch the original serial; which, as is so often wearily attested, sat there as bold as brass on the archive shelves while Marco Polo and The Macra Terror were stamped on by an elephant and burned on a special bonfire. In fact its sheer apathetic availability just made it seem more unappealing still. Never mind that it played host to one of early Doctor Who‘s greatest mysteries – the identity of the hopelessly obscure writer Peter R. Newman – as nobody even bothered trying to solve that until Toby Hadoke and company did only a couple of years back. Even then it was really probably only as a way of attracting a bit more interest in one of the DVD releases that had, tellingly, been left to the very end of the schedule.

I have long had a theory – and I’m probably not alone on this – that nobody has ever actually seen the end of The Sensorites. Or at least if they have, then they will have no tangible or worthwhile memories of having done so. That’s not necessarily said out of any disrespect to the last episode, which could actually be pretty good for all anyone really knows, it’s just that the journey there is so mind-numbingly disinteresting that you couldn’t really blame anyone for giving up, falling asleep, or simply having so little enthusiasm left that they can’t even remember which episode they’re on and end up skipping to The Reign Of Terror in frustration. I’ve watched The Sensorites three or four times now – see, I can’t even tell you that for certain – for varying reasons, and each time I’ve either had to look up a synopsis online in order to work out which episode I was on, or else confidently started the one I thought that I was up to until realising a good third of the way in that I’d only just watched it. And if you think I’m being harsh there, I’m really not. I love the whole story behind The Sensorites, which is inadvertently as vivid a snapshot of the push and pull between ‘new’ and ‘old’ BBC at a time of massive change as you’re likely to find. It’s just when it comes to actually having to watch it that I start to have problems.

Recently, I’ve had reason to watch The Sensorites again, and resolved that this time I would remember exactly where I was up to throughout, or else at least get enough material out of failing to do so to be able to put together a halfway decent article. I think you can probably guess by now how it turned out.

Episode One of The Sensorites starts brilliantly with a great extended scene featuring The Doctor, Ian, Barbara and Susan discussing their recent adventures and speculating on where the future will take them. There’s a compellingly eerie atmosphere as they find themselves on board a spaceship where everything is definitely not quite as it should be, which continues right up until the genuinely creepy cliffhanger. Unfortunately this also comes accompanied by an interminable subplot about how Susan was trying to get behind a door but has now ended up behind a different door or something, but even that wasn’t enough to mar proceedings. It’s a strong first episode, and to be honest there are  a lot of stories in the black and white era of Doctor Who with a much more impressive first episode than what follows. So have we all been too harsh previously?

Well, Episode Two isn’t bad, but it’s also basically twenty five minutes of discussion over whether they should communicate with The Sensorites or not. By the third episode, I’m starting to think of the lyrics of A Horse With No Name by America instead of The Sensorites, which can hardly exactly be a good sign. Nothing much happens in that either, to be honest, and it’s at this point that I genuinely lose count. Having been tweeting my efforts, I can at least quickly check and find out that I’m on Episode Four, but that isn’t much of an improvement really, and also Jacqueline Hill had gone off on a fortnight’s holiday so there aren’t even any close-ups of Barbara to hold my attention.

Barbara is also unforgivably absent in Episode Five, which appears to just be an endless loop of people reiterating the exact same plot points to each other; at one point, The Doctor is actually literally asked if he has a further plot point to add, and distractedly responds “no”. Adding insult to injury, one of the things that they discuss at inexcusably tedious length is that Barbara will soon be returning to proceedings. Except she doesn’t in this episode. Go and jump in a bin, Peter R. Newman.

So, Episode Six of The Sensorites. Not even The Time Lords came this far. We should go. We should really, really go. For all anyone knows, even the production team might have given up by that point, and it could just be a whole episode’s worth of Ray Cusick tap-dancing. Fortunately, it turns out to be a nice, brisk and relatively action-packed affair, with all of those plot points addressed and resolved (well, they’d have had a nerve if they didn’t), and some neat stuff about Susan reading people’s minds. I’d be very interested to know what she found in Barbara’s. Even so, while The Reign Of Terror isn’t exactly the paciest example of television even by the standards of the early sixties, it’s virtually Crazy Like A Fox compared to Episodes Two to Four of The Sensorites.

So, there you have it. The first and the last episode of Doctor Who‘s encounter with The Sensorites are actually rather good. It’s just that there’s little reasonable excuse for much of what comes between them. Something that Doctor Who would often suffer from, if we’re being honest about it, but never quite on this scale. Until Rings Of Akhaten, at any rate.

All We Do Is Stand Around is a feature on my attempts to sit through the similarly neglected black and white Doctor Who story The Space Museum, and its bizarre conceptual links to a psychedelia-discovering Donovan, which you can find here.

You can hear me on The Zeitgest Tapes, the show where politics and pop culture collide, chatting to hosts Emma Burnell and Steve Fielding about some of the more contentious aspects of Doctor Who, including that very first series and its supposedly ‘problematic’ treatment of women, race and Creatures From The Lake Of Mutations. I don’t mention The Sensorites though. You can find The Zeitgeist Tapes: Dr. Pod here. 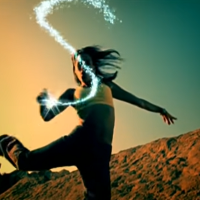 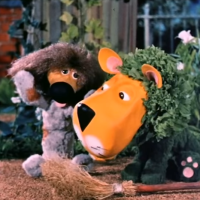 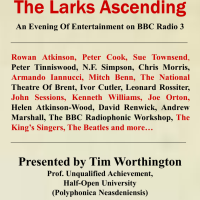 Looks Unfamiliar Box Of Delights Extra: “Whether They Had A Million Pounds Or One Pound, They’d Always Give It A Go”
Stephen O’Brien joins Tim to take a trip back to 1984 for a look at how the BBC’s acclaimed adaptation of The Box Of Delights was received at the time by its target audience, long before it started to become recognised as a ‘Television Classic’, and in many ways was just another children’s programme.

Looks Unfamiliar Selection Box: “The Idea Of An Annual Eric Idle Christmas Special”
An all-star festive lineup of entertainment as Tim is joined by a series of guests to talk about television Christmas Specials that seem to have slipped under the radar despite featuring very big names or coming from very popular shows.

You can currently get Top Of The Box with 15% off in paperback (Code SHOP15) from here.